Most of the entrepreneurs that I coach have plenty of ideas. Most of the companies that I work with have more ideas than $$. So what should you do with those (many) ideas? Here's a clever seven-step technique for developing ideas you can actually use to solve business problems. Brainstorming is only the first step to innovation! 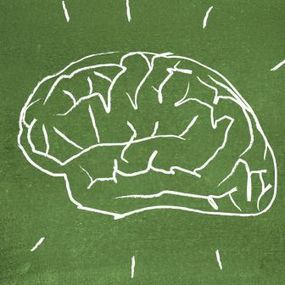 For example, Innosight recently attempted to solve a problem involving the distribution of drugs for multidrug-resistant tuberculosis (MDR-TB). Along with their partners, they decided to focus on the drug supply chain. This boundary allowed Innosight to deemphasize other problematic areas (drug development, diagnosis, geopolitics).

2. Break the problem down. Use a visual technique, like diagramming. For Innosight, this meant mapping each part of the MDR-TB drug supply chain. They then were able to literally see all of the barriers to effective distribution. All told, they identified 12 barriers.

4. Seek the perspectives of outsiders. In other words, don't solve the problem in a vacuum.  In this case, Innosight and its partners sought out public health experts, retail supply chain managers, and technology experts. "Having supply chain experts in each breakout group allowed us to make connections very quickly between specific chokepoints in the MDR-TB system and other supply chains where similar problems have been solved," they note.

5. Diverge before you converge. You want to breed some conflict into your discussions. Otherwise--as we all know--a meeting can quickly devolve into a time waster, where precious minutes are lost on the first ideas to be voiced, rather than what might be the best ideas. The solution? "Start by asking participants to write down as many ideas as they can individually for five to 10 minutes. In our experience, the technique has two benefits. First, it gives introverts--who may be shy about sharing their suggestions in a larger group setting--a chance to maximize their contribution. Second, having lots of ideas on paper before the discussion begins prevents the group from rallying around any specific solution too soon."

6. Create "idea resumes." An idea resume is one-page document listing the following attributes: how customers will learn about it or access it; what resources or processes are needed to make it a reality; and how the solution will achieve economic sustainability. The benefit of idea resumes is that (when they're finished) they allow all involved parties to scan and share ideas, in a way that invites "apples-to-apples" comparisons and "ensures that ideas are evaluated on their merits rather than on how well they are pitched."

7. Create a plan to learn. Your ideas, no matter how pristine they appear on their "resumes," will all contain assumptions that need testing. So the seventh step is to design these tests, and to spell out what you aim to learn from them. "And for businesses hoping to translate ideas into action," note the authors, "this is where the real work begins."

See the original article on http://www.inc.com/ilan-mochari/7-steps-ideas-into-action.html?cid=sf01001